Skinnybik have been subjected to a clinical trial to test their effect on blood sugars and hunger in 20 hospital patients with diabetes. They were compared to other biscuits with a similar carb/sugar content. Two bikkies were eaten for morning tea and 2 for afternoon tea. 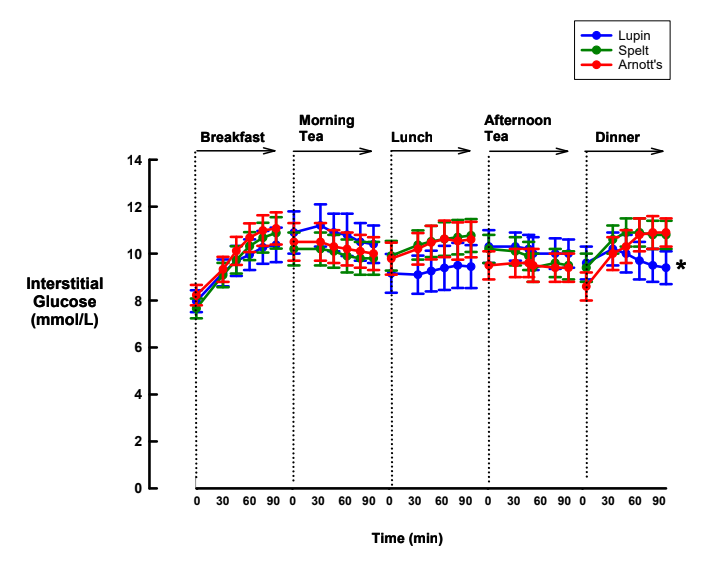